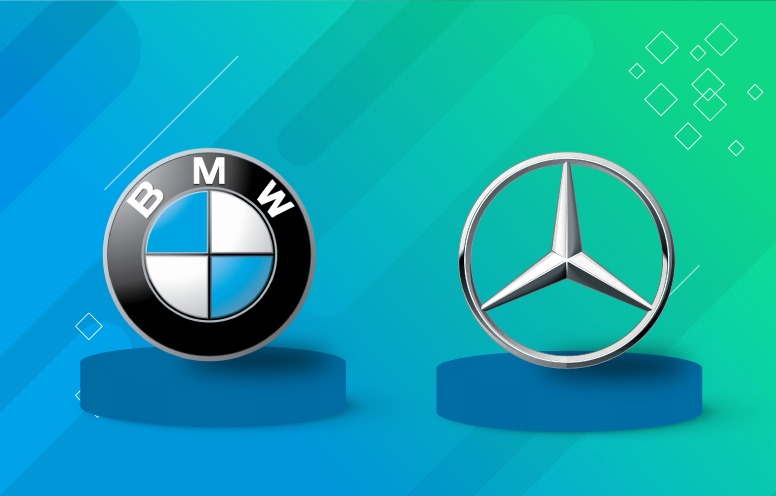 You may hear a lot about civil wars, world wars, or psychological wars, but have you ever heard of marketing wars! These propaganda wars are carried out by companies and institutions in the market to compete vigorously for who will win customers, and it may be that some companies will lose significantly if they are not competitive and have a strategic marketing mind to be able to withstand these fierce wars.

Advertising or marketing wars depend not only on the products provided by the company or the services it provides to customers! Rather, it depends on several factors that may be the cause of its success or its utter failure, one of the most important factors that you should be aware of is the need for a strong marketing team in your company of any size, the marketing team is the mastermind who applies his experiences and ideas in a way that pushes your company forward, through a range of smart strategies and modern marketing methods your team can turn any propaganda war for your company! Especially if your marketing team is based on social media platforms as it is now the most popular means of communicating with customers, with 53% of social media users. This is a very large proportion that any owner or project pays for marketing through it.

The evidence of the power of social media platforms for companies is the use of these platforms by giant and global companies to ignite a war on their competitors, and examples of these companies the fierce propaganda war that took place between the car giants Mercedes and BMW, from the intensity of the competitive war between them known as the clash of titans where their marketing war was characterized by intelligence and power, and we can mention the history of the most famous wars between Mercedes ads and its first market rival BMW.

Examples of these fierce and funny wars at the same time between Mercedes and BMW, where they initially relied in their war on the use of tv ads and streets, and of course social media ads, where they used creative and amazing marketing ideas! On BMW’s 100th birthday, Mercedes posted a congratulatory video of its rival, Mercedes wrote to BMW “Thank you for 100 years of competition” but did not miss the opportunity to mock its competitor BMW, where Mercedes added in the latest announcement “It was thirty years ago boring”, which means that Mercedes is the most authentic and present of BMW and that it was founded 30 years ago.

One of the most important factors that increase any competitor’s strength in any propaganda war is his speed in responding to the attack of competitors, and this is already what BMW did after the sarcastic congratulations provided to her by Mercedes, where it did not delay in replying and published an advertisement on Social Media featuring a picture of a Mercedes truck carrying BMW cars and the content of its advertisement was sarcastic where she wrote “Mercedes can bring us happiness too”, and this is where the fierce propaganda war began It’s getting worse between the two companies!

The marketing war between Mercedes and BMW increased and did not stop there, as each company opened the way for its fans on the Social media platforms to snore from the competing companies, here they relied on the use of the power of Social Media to move public opinion and control of the public, and it did not stop until Mercedes completed the war in a smarter way by exploiting the retirement event of Mercedes director Mr. Dieter Zetsche, and published an advertisement showing the retired manager saying goodbye to his employees The announcement concludes with a BMW ride, but BMW sarcastically commented that “he is free now”, with the comment saying that the Mercedes manager chose to ride in a BMW.

But after a little time, that announcement caused a big stir among the public, especially on social media, where some thought that Zetsche, the former Mercedes manager, became working for BMW after his retirement, but then discovered that BMW used an actor similar to Zetsche and used studios identical to the entrance of Mercedes companies to visualize the ad, and BMW did not just do this as it published on Halloween an advertisement showing a Mercedes covered with a cover BMW wrote sarcastically that “everyone can wear Halloween costumes as their superheroes” to make fun of Mercedes and make sure they see BMW as its superhero.

This war did not end here, but an announcement appears for Mercedes to show a child fleeing his home every night to go to the police station and ride their Mercedes even though his family owns a BMW, and even Mercedes published an advertisement for it where it put a picture of the Metal mesh of the distinctive BMW car and known suggestive as a prison and behind him Mercedes cars in the middle of nature and wrote: “free up… Join the real world” in the sense that freedom and comfort when you own a Mercedes and that your choice of BMW is just a prison!

So as you dear reader sees the importance of using advertising and marketing especially across digital platforms such as social media to connect with your customers and maximize your competitive position in the market, it is a simple and inexpensive way to help you communicate with all your customers with speed and intelligence, especially those companies that have multiple accounts on all social media platforms and social media, hence the service of connecting social media platforms to companies, which represented a great revolution in our time and saved many companies, where that service was Smart is one of the means that has been very successful, and it has caused many businesses and activities to appear on the scene with all the power.

It’s one of the best ways to help companies attract customers through the power of social media, by connecting social media channels you’ll be able to connect all your Social Media accounts such as WhatsApp, Facebook, Instagram, Twitter, Snapchat, TIK TOK, YouTube, Viber, Pinterest, Skype and many more, which will help you send and receive all your customers’ messages and conversations on all your accounts on social media platforms in just one platform with an interactive, intelligent and simple interface, You will also be able to manage all sales and purchases, and complete all your tasks and transactions, you will be able to manage your marketing campaigns on all your social media accounts, receive all feedback and messages from your customers, follow up, analyze and improve their results in the future and shape them in proportion to your target audience, desires, and preferences.